Menu
Browse: Home   /   Putting the ACTION into the PIP Campaign 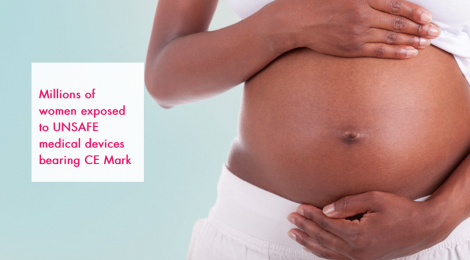 Putting the ACTION into the PIP Campaign

“For the past decade, European lawmakers have been at the centre of a lobbying storm. Bold plans to overhaul safety regulations for the millions of medical implants embedded in patients each year — including artificial hips, breast implants, stents, defibrillators, and pacemakers — have been wrecked by an army of lobbyists.

An investigation by the international Consortium of Investigative Journalists and its partner news organisations, including The BMJ, has discovered how top EU politicians and officials were won over by misleading claims from implant industry lobby groups.”

British Regulator MHRA and Government Ministers have been identified as being a very significant part of the problem. As many as 50,000 British and Irish women and their babies have been injured by PIP implants. These women have been obstructed from receiving the correct diagnostics, biopsies, surgeries, treatment, follow-up, research or monitoring because of a broken system of regulation. In 2012, Earl Howe, Government Minister undertook a review into the actions of the MHRA. When his review was published, it was referred to as a “whitewash” now it is clear the regulator has deliberately misled the government in an attempt to clear itself of any responsibility for the ensuing public health crisis.

Covering note to your MP

A covering note to your MP gives you an opportunity to raise any other concerns you have about your treatment or your health as well as an opportunity to ask her/him to pass our letter to Lord Howe and to underline our request for a Public Inquiry.

Why We Need A Public Inquiry

Lord Howe’s 2012 review, made a number of recommendations to help the MHRA to improve while completely exonerating them for their role in the safe regulation of surgically implanted PIP implants.

By 2018, the truth about the broken regulatory system for medical devices shows the MHRA deliberately misled the government and actively obstructed women from access to healthcare while ensuring manufacturers dangerous devices would remain on the EU and world markets for years to come.

We firmly believe that Britain needs an independent, publicly accountable health and safety regulator. It’s more important than ever to avoid more harm to unsuspecting patients and women from dangerous devices.

Join in, take part, make a difference
PIP Action Campaign is a small, international social networking group of women exposed to the dangers of PIP and other breast implants. You can find us on Facebook and on Twitter