Interested to know more about the shocking PIP Implant scandal? PIPSLEAK… The Truth Files is where you will find the UGLY TRUTH. 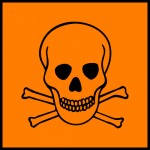 British press reports are starting to shift blame on EU Regulators for placing patients at risk.  There is an international problem with High Risk Medical Devices. The regulatory system has failed more than half a million women and their families worldwide. In Britain, more than 47,000 have been failed by the medical devices safety regulator the MHRA. PIP breast implants are DANGEROUS and the health of tens of thousands of women and their children have been put at risk.  We know, because we have been affected by PIP Implants.  We are being poisoned. We are patients. We need health care!

The Department of Health is manipulating the press with announcements of costs of the regulatory failures to the NHS and the numbers of British women turning to the NHS for help with the serious health issues relating directly to ruptured or leaking breast implants.  Women need health care.

More than a third of British women, around 15,000, with implants filled with toxic silicone mattress filler will have experienced a rupture or gel bleed.  The toxic silicone migrates into body organs and tissue, including the brain and lungs, damage fertility, cross the placenta in pregnant women and into the milk of breast feeding mothers.

All PIP Implants must to be removed.

The French have a preventative policy, in July 2012, they had completed Remove and Replace surgery for almost 50% of 30,000 French women affected.  Two months later the Department of Health release figures showing 1,000 women had PIP implants removed by the NHS.  In France the Authorities published figures showing a higher rupture rate than previously thought, states the number of ruptures, inflammatory reactions and cases of breast cancer found in the treated women.  The French and German Authorities know PIP implants are TOXIC.

Senior British and international Surgeons continue to speaking out.  The clinics have submitted evidence and made recommendations for regulatory changes.

Everyone needs to do more.

British patients’ health is being put at risk by unscrupulous European regulators who are prepared to license potentially dangerous medical implants for sale in this country, The Telegraph discloses.

….More than 70 private regulators compete for business, leaving the system susceptible to corrupt practices, such as those uncovered during the PIP breast implant scandal earlier this year. It works in the same way as licensing of household appliances and toys rather than the far more rigorous system for drugs.

Dr Carl Heneghan, of Oxford University, who provided advice on the investigation, said: “Device regulation is in disarray: the evidence requirements at the time of approval are woeful, the conduct of notified bodies is substandard, and individuals supposedly representing the regulatory system are conflicted and in many cases underqualified.”…

Read more… in the Telegraph

Read the TRUTH at PIPSLEAK