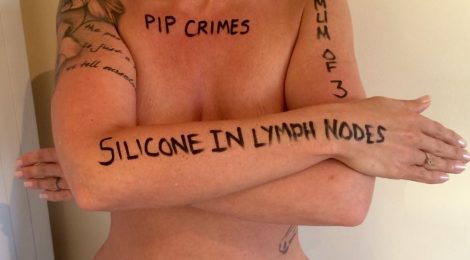 News from the EU Court of Justice (CJEU)

⚖ On Thursday 16th February 2017 the European Court of Justice gave its Preliminary Ruling on the case Schmitt v TÜV Rheinland.

In this clip, from the Courthouse News Service the German agency referred to is TÜV Rheinland and the “now-defunct manufacturer of silicone breast implants” referred to is PIP.

TÜV Rheinland… may be liable for ‘doing nothing’ in the face of evidence (PIP) implants weren’t fit for human use.

The decision taken by the European Court of Justice is an important victory for users of medical devices and PIP implant victims across Europe.

The CJEU has said “No!”. Notified Bodies have an essential role in the safety of Medical Devices and the health of the patients who use them. Notified Bodies can be held responsible for those affected patients when they have not been performing their duties properly.

It is extremely good news for victims of the PIP health scandal, which continues to impact on the lives of many tens of thousands of women around the globe. The message from the CJEU to the national courts and authorities is clear:

The Decision issued by the European Court of Justice (CJEU) ratifies the arguments of the Tribunal de Toulon, which has ruled against TÜV Rheinland on two previous occasions.

It remains to be seen what happens in the German courts in the Schmitt case against TÜV Rheiland now the CJEU has made the Preliminary Ruling. But as the German and French governments along with Ireland and the European Commission were represented at the CJEU hearings, victims expect urgent action on the part of European authorities to protect women and children exposed to toxic PIP implants from further harm and to recommend all PIP are removed and all women treated.   The preliminary compensation awards made by the Tribunal de Toulon in January 2017 should be expedited.

You can read the Preliminary Ruling of the CJEU here:
Schmitt v TÜV Rheinland
You can read more about the case in the Wall Street Journal article here: