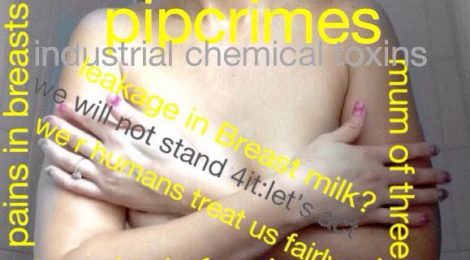 (MAY 12, 2017)  – THOUSANDS of women who received toxic PIP breast implants won a key legal battle today, Friday (May 12) and are now each assured of a 3.000 euro preliminary payout.

The French Appeals Court in Aix-en-Provence rejected a motion by EU-approved certification organization TÜV Rheinland LGA Products GmBh, which argued it was not to blame for the PIP scandal and had sought to overturn a January ruling by Toulon commercial court.

“When medical device regulators fail in their public obligations we have a duty to hold them to account. Women are suffering terrible injuries from exposure to banned PIP implants and they need financial help to remove them especially where governments have failed to protect them. It’s a small sum but we could not be more grateful to our legal teams and the French courts for delivering the right decision,” said British campaigner Jan Spivey, who with fellow volunteer Marie Robinson founded an international social network for PIP victims.

The PIP (Poly Implant Prothèse), of France, was once the third largest implant manufacturer worldwide. But the company went bankrupt in 201o after selling close to 500,000 breast implants filled with contaminated industrial-grade silicone.

The legal case has also been an acid test for the credibility of the EU certification system and its familiar “CE Mark” (European Conformity mark), that appears on products vetted for public safety.

Under the EU regime, more than 70 privately operated certification organizations, or so-called “Notified Bodies”, like TÜV in Germany, review new products for compliance to EU standards and directives.

The U.S. Food and Drug Administration (FDA) has warned that the EU certification system may be open to abuse, arguing some “notified bodies” applied laxer standards than others.

Throughout the PIP case, TÜV’s lawyers had argued “TÜV fulfilled its mission of a certifying body with diligence and full conformity with applicable regulations.”

Adding to victims’ concern right now is the fresh report by the FDA based on new data suggesting all breast implants – and perhaps especially textured implants – pose a cancer risk.

The FDA statement issued in late March reads: “We (the FDA) concur with the World Health Organization designation of breast implant-associated anaplastic large cell lymphoma (BIA-ALCL) as a rare T-cell lymphoma that can develop following breast implants. The exact number of cases remains difficult to determine due to significant limitations in worldwide reporting and lack of global implant sales data.”